Hovland rejects the Saudi rumors: – I have no plans to play the LIV series 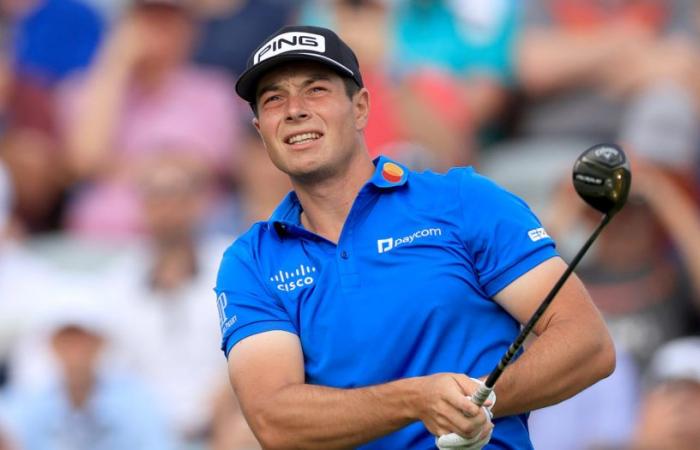 In recent days, rumors have been circulating that Viktor Hovland is considering a transition to Saudi-funded LIV Golf. Now he rejects the rumors.

In recent days, there have also been rumors that Viktor Hovland is among the players considering a Saudi offer. On Monday, Sky Sports journalist Jamie Weir visited the popular podcast “No Laying Up”, where he said that it was whispered that Hovland was among the names Greg Norman and co. had managed to attract, and on Tuesday the British online newspaper inews.co.uk published a case that Hovland could possibly be announced as a LIV Golf player together with Harold Varner III.

Now the main character himself confirms that he will stay on the PGA Tour.

“I have no plans to play the LIV series”, Hovland stated when he was contacted by the Norwegian Golf Association about the rumors on Tuesday. This is stated by NGF’s communications manager Tom Rosenvinge to Norsk Golf.

Hovland was also asked about the LIV Golf series in connection with the PGA Tour tournament Genesis Invitational on the Riviera at the end of February. Then he also stated that he wanted to stay on the PGA Tour, but he also opened up that it could change in the future if all the other best players disappeared:

– I only want to play against the best players in the world, and if all the players go there, it gives me no choice. But I want to play on the PGA Toursaid Hovland, and added:

– It’s obviously nice to make money, but that’s not what makes me get up every day. I’m just trying to get better at golf. Being able to be a part of the story means something to me. Being a PGA Tour winner and having the opportunity to win these historic tournaments is very cool.

Hovland is currently preparing for the US Open at The Country Club in Brookline, Massachusetts, where he will play with Justin Thomas and Tony Finau the first two rounds. They strike out at 19.14 on Thursday and 13.29 on Friday.

NB! Even though it’s major week, LIV Golf is the topic on everyone’s lips in the press conferences before the US Open kicks off. Here’s what Jon Rahm had to say about his thoughts on LIV Golf and where he wants to compete in the future:

NEXT Guardiola on Haaland trait: – Difficult to buy or learn