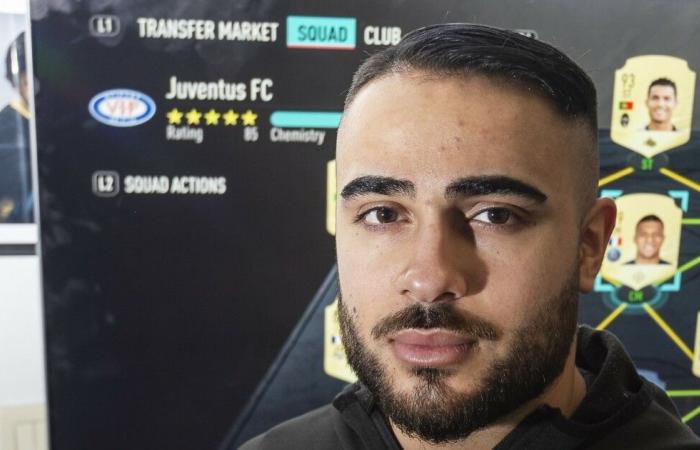 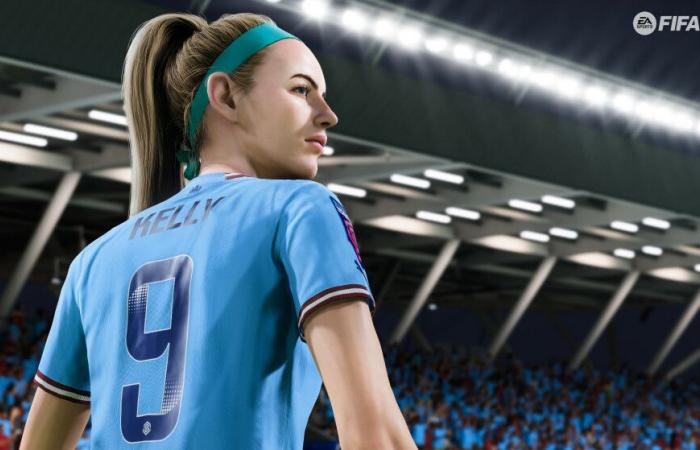 FIFA 23 launches on September 30. EA Sports publishes the game. The main competitor Pro Evolution Soccer has long since changed its name to eFootball, and there Konami is the publisher.

This will be the last time the game will have “FIFA” in its name. Almost a year, the natural name of the game would have been “FIFA 24”, but the game series will change its name to “EA Sports FC” because Fifa and EA’s cooperation will not continue.

We have tested the new FIFA game together with captain of the national team in eFootball, Arkan Resul. He is a professional FIFA player, and represents the esports club 777 Esport. Resul also has its own YouTube channel.

This is his verdict on the new FIFA game:

– FIFA 23 is more realistic than FIFA 22. The first impression is that it is much slower than before. The quick passes don’t work as well anymore. You have to play more calmly. The best way to get through the defense is by playing in the back room, using L1 and triangle. You often get a poorer touch when receiving and taking part, as it is in real football.

Another thing national team captain Resul has noticed that is new is about shots:

– I think it has been a problem in the past that the machine has blocked shots for you. Now you have to do more of the work yourself. It benefits the good players, because then you have to use your understanding of the game to read where the shots are coming, instead of getting help from the machine. At the same time, the goalkeepers are not as good as in the previous game, which means that it is not as difficult to score as before. I think that is positive, he says.

READ ARKAN RESUL’S TIPS FOR BEING GOOD AT FIFA 23 FURTHER DOWN.

This year, as last year, it is the French Paris Saint Germain star Kylian Mbappé who graces the cover. He does so together with Australian Chelsea star Sam Kerr. It is the first time ever that a female player is on a FIFA cover around the world. Previously, Alex Morgan, Steph Catley and Christine Sinclair have been on the cover in their respective home countries – but not globally.

The player rankings came out earlier in September, and as always, discussion has raged on social media about these rankings. The five best rated players are the aforementioned Mbappé, Lionel Messi, Kevin De Bruyne, Robert Lewandowski and Karim Benzema – all with 91 in “rating”. Erling Braut Haaland follows close behind with 88, while Martin Ødegaard has 84.

Although it is the same man on the front of the game as last year, there are quite a few other novelties from the previous FIFA game. This year’s edition is described as more realistic than the other editions.

And for the first time ever, you can now play with female club teams. You can play with teams from the English elite series (Women’s Super League), and the French top series, Division 1 Féminine. This means that you can play with several of the Norwegian national team players, such as Ada Hegerberg (Lyon), Frida Maanum (Arsenal), Julie Blakstad (Manchester City), Guro Reiten (Chelsea), Elisabeth Terland (Brighton), Maren Mjelde (Chelsea) and Celin Bizet Ildhusøy (Tottenham).

During the season, there will also be a mode where you can play both the men’s WC (November/December) and the women’s WC (summer 2023).

When it comes to FIFA Ultimate Team (FUT), the FIFA game’s most popular mode in which you select players for your own team, a new variant has arrived this year. This is called FUT Moments. FUT Moments should give you more flexibility when putting together teams, and in combination with the cross-play function, it should be easier to play against your friends in this mode.

FUT Moments will also give you different types of challenges than before – for example, you can get into match-specific situations where you are substituted right before the end and have to copy something one of your players has done earlier in their career.

In Ultimate Team, the colorful lines that show the chemistry between the players will also be gone this year. You will get points for chemistry in the team, for example by several people in your team playing in the same team or league, but the importance of them playing in the same “link” (defense/midfield/attack) is not what it was before. For example, if you have Chelsea player Jorginho in your team, he will not be any weaker even if the other midfielders play in leagues other than the Premier League.

Last year we also got to know “FUT Heroes” for the first time. Ole Gunnar Solskjær and Clint Dempsey are examples of players who were here – former heroes and favorites among the supporters that you could now use in the Ultimate Team.

This year, new “FUT Heroes” have arrived. Yaya Touré, Park Ji-Sung, Claudio Marchisio, Dirk Kuyt, Diego Forlan, Peter Crouch and Jaiver Mascherano, Jay-Jay Okocha and Tomas Brolin are some of the ex-pros you can play with in Ultimate Team on FIFA 23.

It is also worth mentioning that this year you can play with AFC Richmond, the fictional team from the popular Apple TV series Ted Lasso. You can be coach Ted Lasso in career mode, playing home games at Richmond’s home ground Nelson Road.

This year there has also been a new trainer system, which makes it easier for you to improve as a player. This is done with the help of Kylian Mbappé and Sam Kerr, who will help you develop your skills by providing feedback and tips for improvement.

Here are Arkan Resul’s six tips for getting good at FIFA 23:

– There is a greater probability of hitting a shot from 30-40 meters if you perfect the technique here. By using L1 and R1, you can hit hard shots that hit the target more often now than before.

– I recommend checking out the tutorial videos to learn these new tricks as well as possible. The Arjen Robben feint, for example, has come to the game. It is good to use this type of feint for players who do not have four or five star feints – for example Erling Braut Haaland.

3. Be patient in the attacking game

– It doesn’t go so fast anymore. You have to be patient in the passing game and build up attacks to a greater extent than before.

– There is a completely new system here as well. It zooms in on the players who take corners and free kicks. Then you just have to aim somewhere. If one learns the techniques here, there can be factors that decide a match. The same applies to penalty kicks. Here you should prepare well before playing matches that matter.

5. Keep it simple and learn from the best

– Don’t exaggerate with feints and difficult things at the start. This game requires a lot more concentration than the other FIFA games. It is more demanding to create a passing game, for example. Watch and learn from other great FIFA players on Twitch or on YouTube.

6. Practice on the chip

– If you practice a lot chipping alone with the goalkeeper, it will increase your chances of scoring. The ball goes up even higher when you chip now, compared to before, when the chips were often picked by the keeper.

NEXT The match creates a ruckus in Ski-Norway – warns against a wave of seniors on the national team – NRK Sport – Sports news, results and broadcasting schedule