The US has sent “private nuclear warnings” to Russia 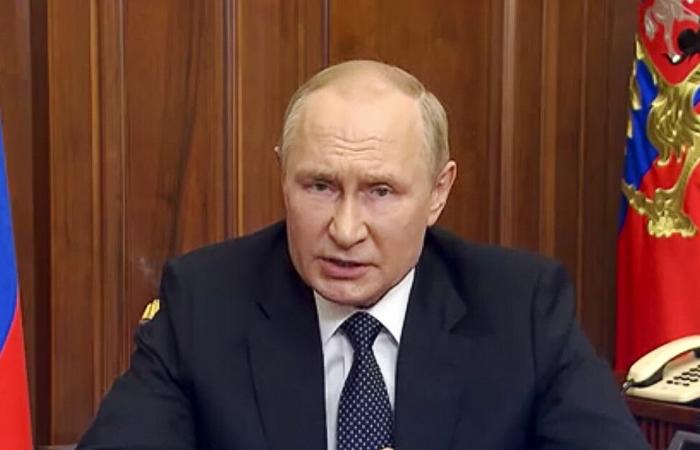 The Washington Post writes on Friday that the US has had “private communications” with Moscow for several months. The newspaper refers to anonymous sources at the US authorities.

It is the Ministry of Foreign Affairs in the USA that has been responsible for the communication. To whom the warnings have been specifically given in Russia is unknown. So is the scope.

It is also not known whether new warnings from the US to Russia have been sent after President Vladimir Putin hinted at the use of nuclear weapons during a speech broadcast on Russian television on Wednesday morning.

– We have a lot of weapons to respond with. It’s not a hoax. We will use all the resources we have to defend our people, said Putin, who laid all the blame on the West.

At the same time, Putin announced that Russia will mobilize reserve forces in the war against Ukraine. The work to deploy 300,000 new soldiers is said to have already started.

– Weakness and exhaustion are the reason why they are now mobilizing. The escalation involves an increase in personnel, but it is not something that will be put in place immediately, says Tom Røseth.

He is an associate professor and principal lecturer in intelligence and head of the Ukraine program at the Norwegian Armed Forces College.

– According to Putin, they are to be trained, but I think a part of the Russian forces will be moved to the front very quickly, continues Røseth.

According to The Washington Post’s sources, the nuclear warnings from the White House to Russia have been deliberately vague. They refer to this as “strategic ambiguity”.

The hope is that this will make Russia worried about how the US will actually react if Putin decides to use nuclear weapons in Ukraine.

The threats from the Russian side still continue to come.

The head of Russia’s Security Council, Dmitry Medvedev, writes in a post on Telegram that Russia will not only use the new mobilization, but also “any Russian weapon, including strategic nuclear weapons and weapons based on new technology”. The latter is a reference to hypersonic weapons.

– Russia has chosen its direction. There is no going back, says Medvedev, according to The Washington Post.

Defense analyst Per Erik Solli says that according to open sources, Russia has at least 4,000 operational nuclear weapons.

– These forces, in contrast to the usual part of the Russian defence, have a very high technical standard. It is an area where they have relatively high control over what is going on. It is a formidable force on a par with the United States’ arsenal, says Solli to TV 2.

American authorities point out, according to The Washington Post, that this is not the first time Russia has threatened nuclear weapons since the unprovoked attack on Ukraine began on 24 February. The US has so far seen no indication that Russia has started preparations to use nuclear weapons.

At the same time, the threats from the Kremlin this time are of a more specific nature. They also come at a time when Russia is experiencing territorial decline in Ukraine.

– What will it take for these nuclear weapons to be put into use?

– It is primarily an attack against Russia itself. Not the Russian-controlled areas of Ukraine, but an attack on Russian core areas. It is according to their doctrine. If they lose the war or lose on the battlefield in Ukraine, that in itself is not enough to trigger a nuclear attack, says Per Erik Solli.

Russian-backed separatists in Donetsk and Luhansk, as well as occupied areas in Kherson and Zaporizhia, announced this week that they will hold referendums on joining Russia.

Voting started at 7 a.m. Friday, according to Russian news agencies, and will last until September 27.

If the areas are annexed, Putin will be able to claim that Ukraine is attacking Russian territory as they attempt to recapture areas in eastern Ukraine.