A detail in the Carlsen interview is causing a stir 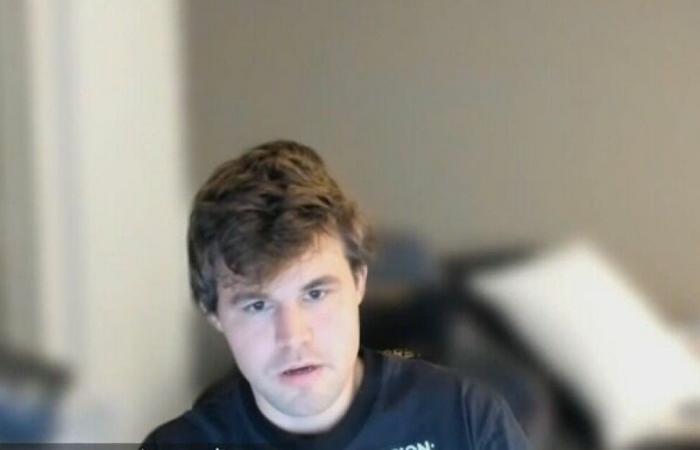 Thursday at 17.30: Watch the quarter-finals of the online tournament on TV 2 Sport 2 and TV 2 Play.

The chess star surprisingly appeared for an interview with both Chess24 and TV 2 after Wednesday’s round.

The 31-year-old revealed that a statement is approaching, but was tight-lipped about why he resigned from the party against Hans Niemann.

– I can’t say anything about that. But people can draw their own conclusions, and they definitely have. And I must say that I am very impressed by Niemann’s playing. I think that his mentor Maxim Dlugy must have done a very good job, Carlsen told Chess24.

It is the last sentence that the experts are hanging on to, and which has caused the chess community in social media to boil.

– He says that Niemann has received good support from his mentor Maxim Dlugy, and Dlugy is known to have a fringe reputation when it comes to cheating in chess. He hasn’t said anything, but he continues with this hint, he comments.

Get the cheating methods in chess briefly explained here:

Chess expert Atle Grønn is on the same page.

– I interpret it as him referring to Dlugy’s prehistory, he says to TV 2.

A week and a half ago he tweeted about the connection between Dlugy and Niemann.

It was in connection with chess statistician Andrij Punin’s analysis of Niemann’s previous long chess games. He must have concluded that Carlsen’s rival played at a startlingly high level in the tournaments.

In addition, he is said to have exposed Dlugy in cheating, according to Grønn.

– Dlugy is a strong grandmaster, but does not play regular chess over boards at the moment. He is known as a blitz chess guru, and is also known for having cheating stories on his conscience, says Grønn.

– That he is then the mentor/coach of Niemann, it is clear that there will be speculation, he continues.

Niemann has previously confirmed the link to Dlugy in the podcast “Perpetual Chess”. They worked together earlier in the American’s career.

– He laid the foundation for my positional understanding and much of my style, Niemann told the podcast.

There are rumors that Dlugy cheated in a tournament on Chess.com’s pages in 2017, only to be kicked out.

After winning eight out of eight games, he was suddenly out of the tournament.

When TV 2 confronts the chess company with the rumours, they reply:

– That is a very good question. Unfortunately, we cannot give an answer now. We hope that we can comment more on this whole situation – and your recent question – in the near future, writes CEO of Chess.com, Erik Allebest, in an e-mail to TV 2.

Grønn says that Dlugy’s frayed reputation has been known in the community for as long as he can remember.

– I don’t think it’s from board or long chess, but from lightning and internet chess. And so far it is not something that Fide (the International Chess Federation) has cared much about, but since Dlugy has been one of the world’s best blitz chess players, it is clear that it arouses attention when you get a history of cheating, says Grønn.

See the analysis of the game between Niemann and Carlsen that started the chess brawl here:

In front of TV 2, Carlsen announced that he will make a further statement about the case next week.

– There may be more about the Dlugy track, since he put out that bait already now, Grønn speculates.

– If the suggestion is about cheating by Niemann and Dlugy, there are very competent chess players behind it. Then it is difficult to detect. If strong grandmasters start cheating, you are in really bad shape – because it is incredibly difficult to detect, he warns.

Thursday at 17.30: Watch the quarter-finals of the online tournament on TV 2 Sport 2 and TV 2 Play.

See TV 2’s interview with Carlsen and how he reacted to the cheating questions here: